Rosie and the Jammers – Polka

Rosie and the Jammers – Polka

When it comes to putting a tune to the dancing steps there’s no better choice than Rosie and The Jammers. This upbeat five-piece act has been a staple at local events and festivals for seventeen (18) years and is known just as much for their great showmanship as their talent and is always a crowd favorite.

We also have DVD’s available of our beautiful Polka Mass.

Rosie and The Jammers bring high energy and a tireless dedication to preserving our ethnic music heritage along with playing music ranging from the big band era and timeless favorites such as country, soft rock, ballads and fun songs.

In addition to playing to a wide local audience, we have also entertained as far away as at a resort in the Catskills and even on a Carnival Cruise Ship to the Caribbean.

Rosie and The Jammers have played for a number of benefits to raise money for various causes throughout the community.

Brian Anater: Brian has played his mellow saxophone in various bands throughout his career. In addition to playing the sax, he performs vocal selections with Rosie.

Eric Furfari: Eric plays the piano accordion. Eric has been playing the accordion since childhood and is a versatile musician. His toe tapping music has added a special element to the unique sound of Rosie and The Jammers. Eric can also be found behind the microphone on a few vocal selections.

Tim Bartek: Tim is the lead vocalist and in addition to his beautiful voice, Tim also plays the trumpet. Tim has a diversified musical background and can sing everything from polka’s to mellow ballads and rock and roll.

Judy Gaeta: Humor is the main menu for the band’s emcee. Judy is the “show” portion of the entertainment. In addition to introducing the band and telling a few stories to get things started, Judy makes appearances as Lulu Belle, the band’s main “groupie”, Super chick who leads the chicken dance and various other characters. 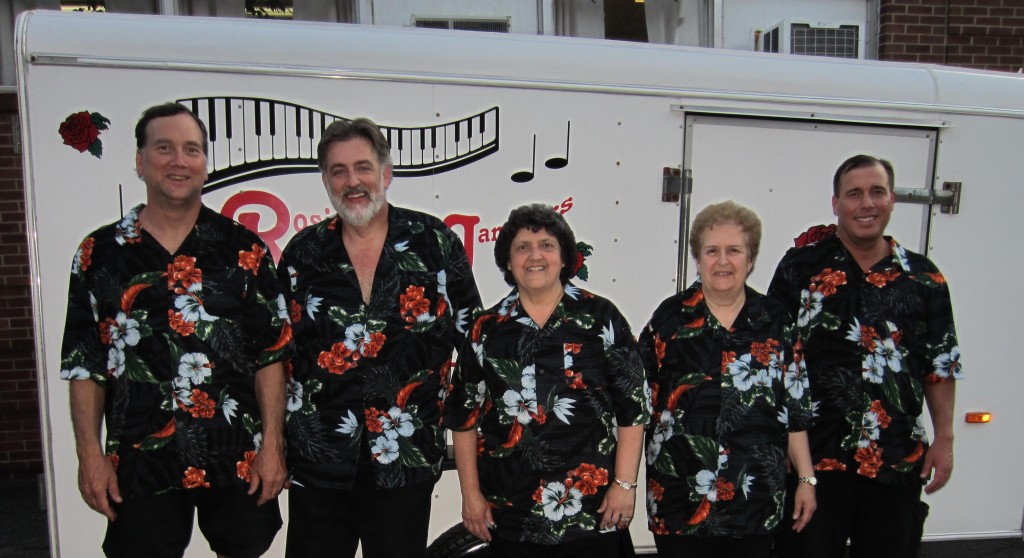 Concerts and Events are listed on our calendar so click on over and check it out!